Following is a transcript of the video.

Tom Cotter: Hi my name is Tom Cotter, and I’m the host of the Barn Find Hunter.

A barn find is defined as a forgotten, ignored and neglected car, whether it be in a barn or a field, a carport or garage warehouse.

I don’t like to have leads. I like to develop leads on the ground. Go drive down the road, kind of get a feel for the town. What I look for is not necessarily the hardware, but the car. It’s the story that that hardware develops into. And we’re riding around looking for cars in a kind of a commercial area in Midland, Texas, and there’s a field full of mostly Fords. And the owner, Tom Krause, that’s his private little empire of cars, he goes and drags them home. And we just started to walk through and look at them.

And I saw that car. And then we kept walking away. And I came back to that car. I got some compound and rags, and I started buffing out this fender and I could see, here’s a car that’s been sitting in his yard for probably 20 to 25 years. I said, this car doesn’t want to die.

Dust is a big deal out there, wind blows endlessly. So the good news is, there’s very little humidity so cars don’t rust away. But even if a car is completely closed up, the windows are closed, dirt’s gonna go in there after 30 years, lots of dirt goes in there. Taking off all that old red oxidized paint buffer, it was the body that got me because it was in such good shape, not perfect, but the original paint. It didn’t look like it had ever been hit or retouched or anything like that. So for me it was firstly the body, it did not let me down. That little patch led to a fender, then led to the whole car.

We put together a work team of McPherson College students from McPherson, Kansas. We worked on it over the better quarter of a year. Tom Krause and all his friends got involved. They put disc brakes on it. We built the 390. They rebuilt the transmission, we put Mexican blankets as seat covers, and I got to polish the entire car, not just the one fender. They put cool wheels on it, cool tires, dual exhaust. And so Tom Krause gave us an engine, transmission, and rear end. His friends rebuilt it, he had a local Hot Rod club, donated parts and time towards the project because it was going to a worthy cause. So it was like building a car from the ground up.

If you can imagine building a hot rod, you start with a body and a chassis. And then you’ve got to add all the components. We had to do that because even though there was a front end there, it had drum brakes. It needed tie rod ends and bolt joints, so we rebuilt the front end to put disc brakes on it. Wiring the brake lines, The fuel system, fuel tank, the glass, I mean everything had to be at least looked at, if not risk being restored or replaced. So every area of the car, it was a much bigger project than I realized that day when I first polished a little bit of fender. But little by little, it came together, and we drove it 1000 miles without an issue.

And a year later, we drove it from Midland, Texas, to McPherson, Kansas and presented it to the school as a parts chasing vehicle. And it’s still there today. And interestingly, the things we didn’t quite finish the way we wanted to, students at the school have totally reposted new headliners, door panels seekers to factory specs as part of the graduation project. So, you know, from cradle to grave, we were kind of in charge of that car, and it was one of the most rewarding episodes I can remember. 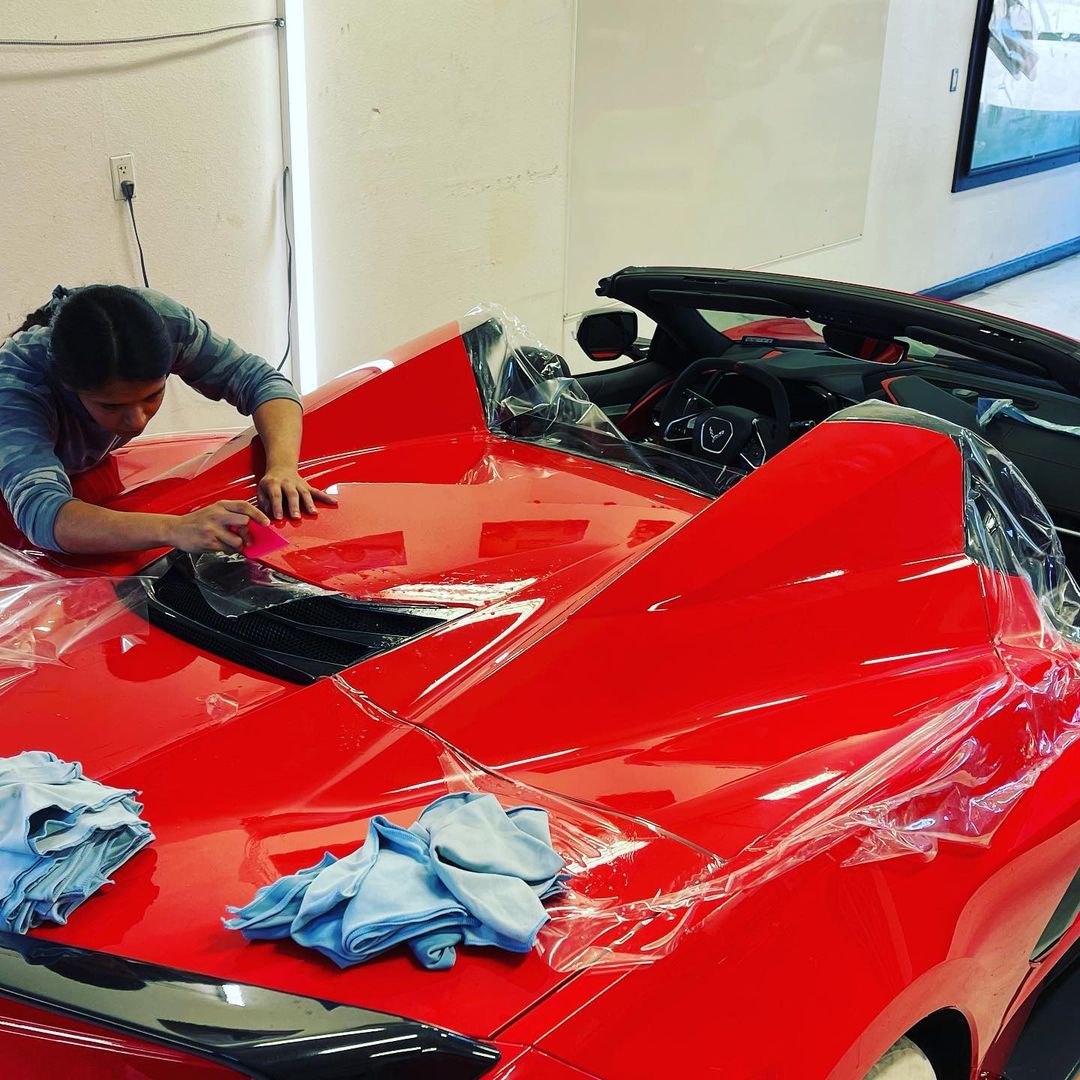